Peter Kim enters his 15th season as head coach of the women’s soccer program at Middlebury College in 2018-19. In that time, he has taken the team to eight NCAA Tournaments as well as appearing in the NESCAC Tournament in all 14 years. The Panthers have advanced to the NESCAC finals four times in his tenure, taking home the title in 2006 and 2013. Kim’s teams have advanced to the sectional round of the NCAA Tournament six times. Kim owns a career record of 163-60-28 over 14 seasons, with more than double the number of wins than any other coach in program history.

In the process he has coached 10 All-Americans, 31 All-Region players and seven Academic All-Americans. He has also seen several of his players earn All-NESCAC and All-NESCAC Academic honors.

The 2013 season was a historical one for the Panthers as they advanced to the NCAA final four. The team hosted and won an NCAA Regional and Section, setting a school record with 17 wins and a 20-game unbeaten streak. The Panthers also captured their third overall NESCAC Championship.

Kim joined the Middlebury staff in the fall of 2003 as the top assistant coach. He was involved with all aspects of the program including practice preparation, recruiting and scouting. He brings a wealth of knowledge and experience to the program holding both the USSF "A" License and NSCAA Premier Diploma, and over 20 years of coaching at the college, club, high school and youth levels.

He played college soccer at the University of Vermont from 1989-92. Later, he earned his master’s degree in Public Administration and was awarded the prestigious Marshall E. Dimock Award for Academic Excellence and Professional Leadership. He has also served as an Associate National Staff Member for the NSCAA and a Regional Staff Coach for the Region 1 Olympic Development Program. He continues to travel extensively in the name of soccer, studying player development systems around the world including Spain, Brazil, Chile, Argentina, France, and the Netherlands.

Kim has two decades of high level coaching and administrative experience and has been involved with several soccer organizations throughout the state. In 2001, he was honored with the "Outstanding Contributor to Youth Soccer" award by the Vermont Soccer Coaches Association. That year, he co-founded the Vermont Amateur Soccer League, to raise the level of adult play while developing a unique soccer mentoring program to connect adult and youth teams in the area.

Currently, he serves as the State Director of Coaching Education for the Vermont Soccer Association. Meanwhile, he directs Capital Soccer, a soccer education organization in Central Vermont he co-founded in 1999, and is Director of Soccer for the Capital Soccer Club.

Mark Sienko is Assistant Coach for Women’s Soccer at Middlebury College, where he has served since 2015. There he has helped produce some of the country’s top players, including multiple All-NESCAC, All-Region, and All-America selections. A local product from Shelburne, Sienko brings extensive soccer experience to the program as both player and coach.

Mark remains one of the most successful players to emerge from Shelburne and Vermont. A standout at perennial powerhouse Champlain Valley Union High School and then playing club soccer at the University of Vermont, he went on to play professionally in Poland for Stal Rzeszow ZKS and also in Northern Ireland for Coleraine FC.

He returned to the United States to earn his bachelor’s degree at UVM in 2011. Following graduation, he has coached several age groups for the Nordic and Synergy Soccer Clubs. He recently joined the leadership team at Queen City FC, where he will be the Director of Operations for the club. Sienko holds an NSCAA Premier Diploma, and a USSF National “D” License.

With more than twenty-seven years of experience working with children and athletes of all ages, he has created a unique philosophy within the goalkeeper coaching world.   It’s not just about the “reps”, but rather the goalkeeper as an athlete, leader, teammate and, most importantly, human being.

Jon has served as goalkeeper coach for the past seven years at Middlebury College.  During his tenure, he has developed the “GK Unit” which has led to individual and team successes.  These include multiple NESCAC championships and NCAA tournament appearances, a national finalist and an All-American goalkeeper.

Prior to Middlebury,  Jon was the head goalkeeper coach for Capital Soccer Club.  He helped to create and develop the program and camps in which he coached hundreds of goalkeepers of all ages.  Many of these goalkeepers went on to earn Vermont All-State honors as well as played at the collegiate level.

As a head coach, Jon led the Harwood Union HS girls program for twelve seasons including a state championship in 2010.  He also was named the Vermont Coach of the Year award and earned his 100th career victory in 2010.

Jon currently is the director at Hosmer Point Summer Camp, an outdoor education facility that hosts more than 2,000 children each year in summer overnight and school group programs.  Prior to camp, he was a physical educator working with students in grades K-12 for more than thirteen years. 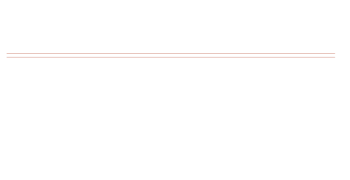 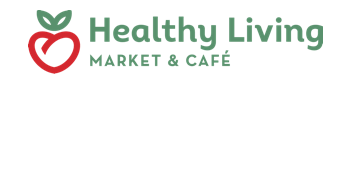